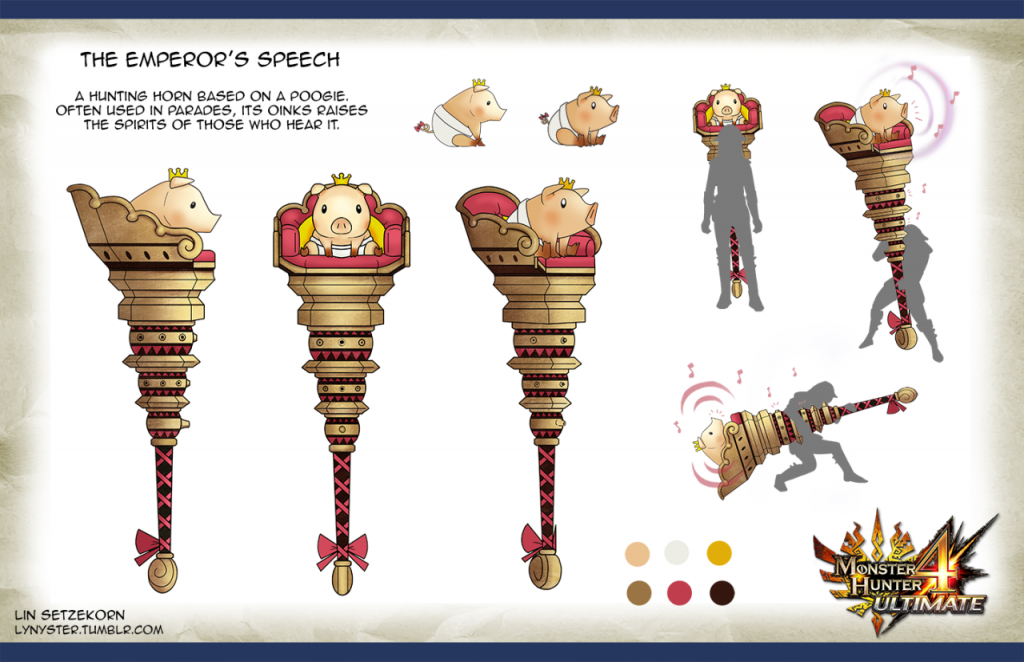 The weapon I designed for the Capcom contest is a Hunting Horn called the Emperor’s Speech, based on their adorable mascot, Poogie. Poogie has a lot of different outfits in the game and my absolute favorite one is ‘Memorial Stripes’. In my first few concepts, I tried incorporating Poogie in its costume in the weapon design. I also really wanted to make the weapon a dual-blade type because I play with dual blades myself: 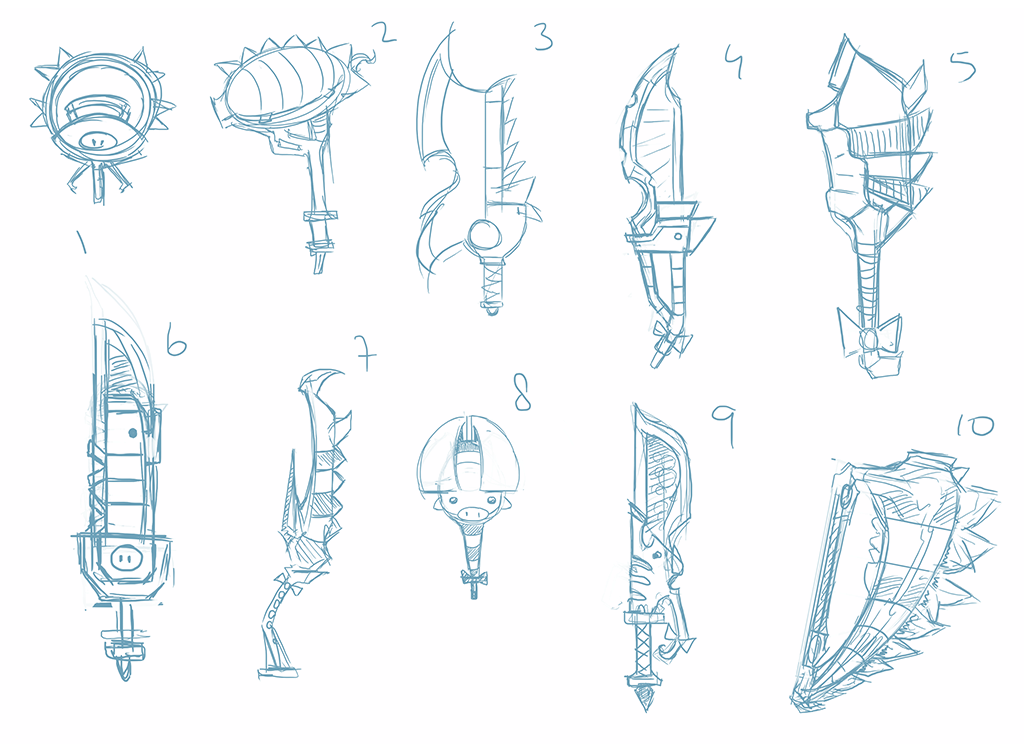 However, after a few try-outs I found out that dual blades are usually too sharp and edgy. It would not fit the cuteness of Poogie at all. When I asked my friends for their opinions, most of them really like #2 of the first few sketches and one of them also mentioned that it could be a hammer. I decided to continue with that idea, because I felt that I could get the cuteness of Poogie back by putting it more as a loose element in the design. 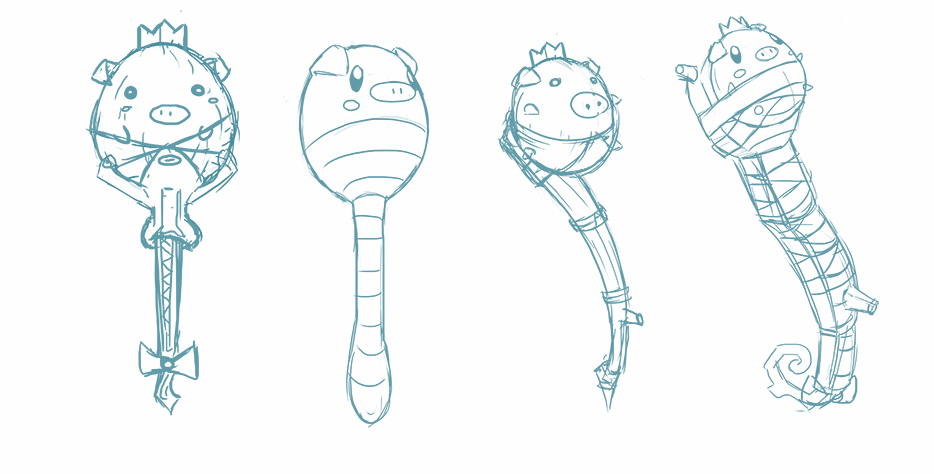 Then came the idea of making the weapon a hunting horn. I really liked this because I thought it would be fun that Poogie’s oinking would raise other hunters’ morale.
Further in the process, I had to let go of another idea though. Even though I love Poogie’s Memorial Stripes outfit, I gave Poogie it’s Emperor’s New Duds. This outfit has a clearer theme to work with and is also why I’ve decided to put Poogie on a throne.

After lots of sketching and researching hunting horns, I came up with the final design of the horn. Something that’s sturdy, royal, but still cute. I also changed Poogie itself because I felt that its silhouette is stronger like this.
In the end, for someone who has never designed weapons, I had a lot of fun making this one! A big thank you to everyone who has supported me during this process. The weapon is available in Monster Hunter 4 Ultimate, in the side quest called: The Poogie King.